The Samsung Chromebook Pro is here!

In preparation for this move away from the Macbook Air, I had been auditioning a few Android Markdown apps. One of the nicest ones is JotterPad, and since I snagged the Creative Pack extension on sale a few months ago, I’m using it to start.

I’m currently typing a post in JotterPad on the Samsung Chromebook Pro, then will upload the markdown file to my Gitlab repository. (Normally on Android, I’ve been using the app MrHyde to locally clone and then edit my repository, but for this post, I’m going to try uploading the file directly to Gitlab via the Chrome web interface.)

And just to make things more interesting (and help me remember my markdown syntax), let’s try incorporating a photo. (And yes, I know the photo is sideways. That’s an entirely different issue, unrelated to this post, that I’ll tackle later. I’m just considering it a success that a photo even shows up at all!) 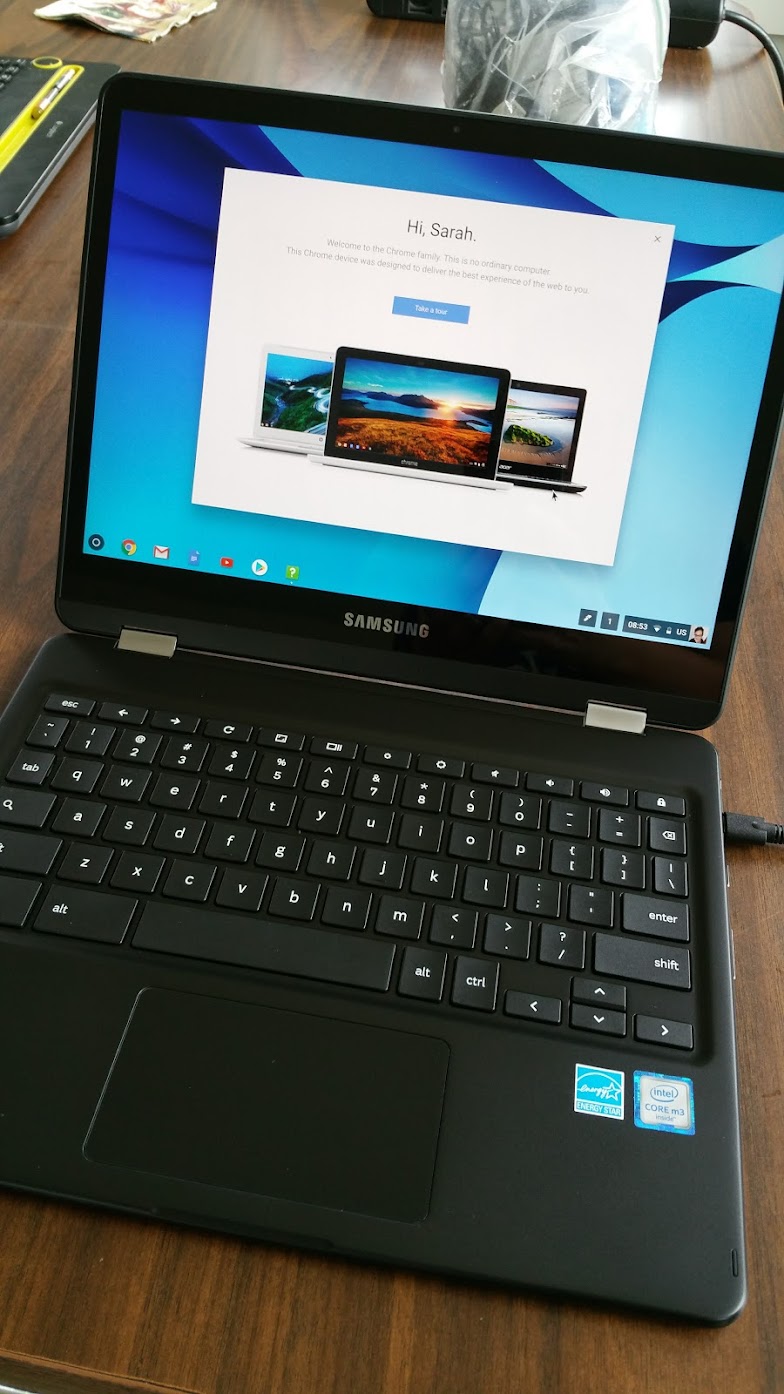